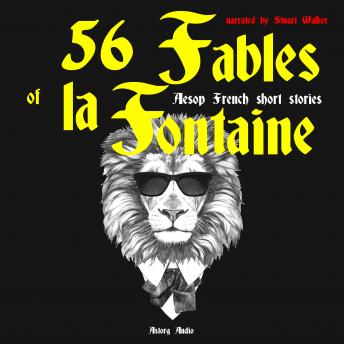 The Fables of Jean de La Fontaine were issued in several volumes from 1668 to 1694. They are classics of French literature. The Fables supply delights to three different ages: the child rejoices in the freshness and vividness of the story, the eager student of literature in the consummate art with which it is told, the experienced man of the world in the subtle reflections on character and life which it conveys. The Fables were regarded as providing an excellent education in morals for children, and the first edition was dedicated to the six-year old Dauphin, the Eldest Son of the King. Eventually the fables were learned by heart for such entertainments and afterwards they were adopted by the education system, not least as linguistic models as well. Most famous Fables are « The raven and the fox », « The frog that whished to be as big as the ox », « The city rat and the country rat », « The wolf and the dog », « The lion going to war », for example.