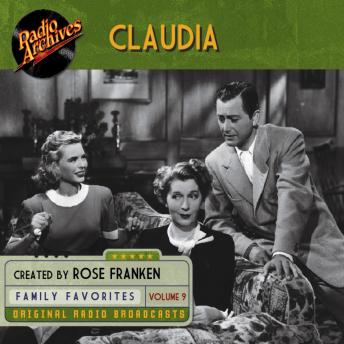 The Adventures Of Archie Andrews

In the 1940s, there was no shortage of teen misadventures in the movies or on the air. But America's most enduring teenage character originally came from the comics - and his name is Archie Andrews. Ever since his debut in 1941, Archie and his pal Jughead, as well as his girlfriends Betty, Veronica, and the rest of the gang at Riverdale High, have brought warm and lighthearted entertainment to millions of teens throughout the world. Radio's "The Adventures of Archie Andrews", broadcast over NBC between 1945 and 1953, starred Bob Hastings, Rosemary Rice, Harlan Stone, and Gloria Mann in a series of loud and goofy programs that were fun for the whole family - and you'll hear fourteen original broadcasts from the series in this fully restored audio collection from RadioArchives.com.