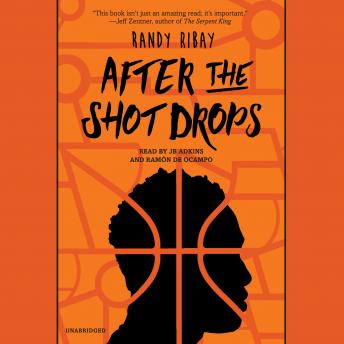 After the Shot Drops

A powerful novel about friendship, basketball, and one teen's mission to create a better life for his family. Written in the tradition of Jason Reynolds, Matt de la Peña, and Walter Dean Myers, After the Shot Drops now has 3 starred reviews!

* 'Belongs on the shelf alongside contemporary heavy-hitters like Angie Thomas's The Hate U Give, Brendan Kiely and Jason Reynolds's All-American Boys, and Nic Stone's Dear Martin.'--School Library Journal, starred review

Bunny and Nasir have been best friends forever, but when Bunny accepts an athletic scholarship across town, Nasir feels betrayed. While Bunny tries to fit in with his new, privileged peers, Nasir spends more time with his cousin, Wallace, who is being evicted. Nasir can't help but wonder why the neighborhood is falling over itself to help Bunny when Wallace is in trouble.

When Wallace makes a bet against Bunny, Nasir is faced with an impossible decision--maybe a dangerous one.

Told from alternating perspectives, After the Shot Drops is a heart-pounding story about the responsibilities of great talent and the importance of compassion.

After the Shot Drops