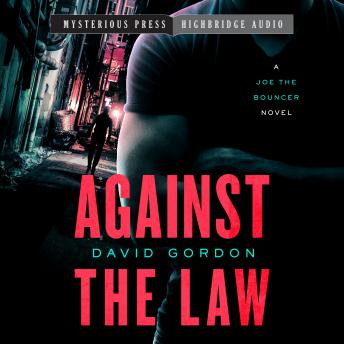 Against the Law: A Joe the Bouncer Novel

#3 of Joe the Bouncer

A special forces agent-turned-strip club bouncer with a side hustle as a hitman for the New York mob seeks out a deadly drug lord in the poppy fields of Afghanistan.

Joe is a retired Special Forces operative with a bad case of PTSD and some substance abuse issues, trying to rebuild a simple life as a strip club bouncer living with his grandmother in Queens. But this simple life is constantly complicated by the fact that, at the invitation of his childhood friend, now a Mafia boss, Joe also moonlights as a fixer for the most powerful crime families in town.

In his newest assignment, Joe is sent to take out a shadowy figure named Zahir, who made the New York crime families' hit list by hijacking heroin shipments bound for US dealers and funneling the money to terror cells. Which means that Gotham's underbelly has brought Joe back to the one place in the world he doesn't want to revisit: the poppy fields of Afghanistan, a country that left permanent scars on his body as well as his psyche. If he were alone, his past demons might be too much to bear-but luckily, his occasional partner Yelena, a master thief whose skills have found her wanted from Brighton Beach to Moscow, is by his side.

Another good addition to the Bouncer series. I hope more are coming. It was a different reader for this novel so that took a little getting used to.