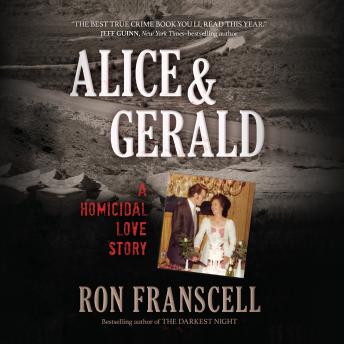 True-crime master Ron Franscell tells the grisly story of Alice and Gerald Uden, a loving couple who murdered at least four people and lived happily ever after—while cops tried for decades to piece together a petrifying tale of murder and secrets. In 1974, Alice, a desperate young mother in a gritty Wyoming boomtown, kills her husband and dumps his body where it will never be found, then slips away and starts a new life. But when her new man's ex-wife and two kids start demanding more of him, Alice delivers an ultimatum: fix the problem or lose her forever. With Alice's help, Gerald fixes the problem in an extraordinarily ghastly way...and they live happily ever after…that is, until 2013, almost forty years later, when somebody finds a dead man's skeleton in a place where Alice thought he'd never be found. This page-turner by bestselling true-crime author Ron Franscell revisits a shocking cold case that was finally solved just when the murderers thought they'd never be caught.