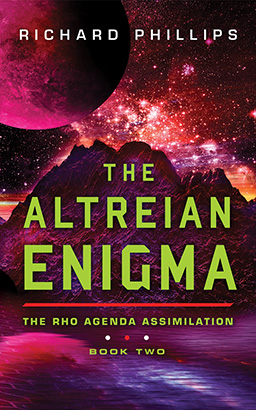 When Mark and Heather Smythe saved Earth from the conquest-hungry Kasari Collective, they thought their work was done. But the world’s vast new government continued its quest to make extraterrestrial contact. And now, as a new gateway is activated to welcome the Kasari, whom world leaders take to be benefactors, only the Smythes stand a chance of countering their planet’s invasion and subjugation by a race of ruthless conquerors.

Years after their failed first mission, the Kasari have returned, bearing irresistible promises while concealing insidious plans to enslave humanity. But not if the Smythes—along with fearless CIA agent turned mercenary Jack Gregory and his partner, Janet Price—can help it. From the world’s last stronghold, they take the fight to enemies both earthling and alien—even as their comrades-in-arms join the warrior Koranthians in battling the Kasari on a far-off planet. But the greatest danger lies within Earth itself, where an ancient artifact prepares to summon doom from another world.