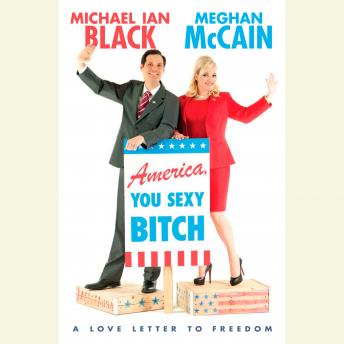 America, You Sexy Bitch: A Love Letter to Freedom

In the summer of 2011, McCain and Black embarked on a balls-out, cross-country tour. Along the way, they spoke to politicians, gun lovers, abortion-rights advocates and opponents, gay parents, flag burners, Muslims, poker players, Tea Partiers, Minutemen, veterans, teen moms, bikers, fast food workers, and a hooker or two. They toured the White House. They fired semiautomatic weapons. They stopped and ate at every Olive Garden along the way. But mostly they talked to each other about their differences, their similarities. It’s Chelsea Handler meets Hunter S. Thompson in a political cannonball run across America.

America, You Sexy Bitch: A Love Letter to Freedom

This title is due for release on June 12, 2012
We'll send you an email as soon as it is available!