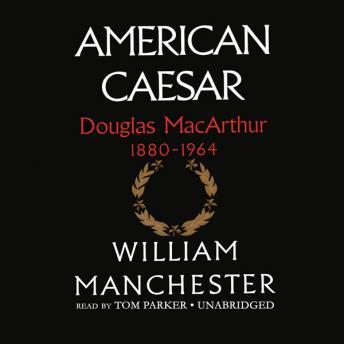 "[Douglas MacArthur] was a great thundering paradox of a man, noble and ignoble, inspiring and outrageous, arrogant and shy, the best of men and the worst of men, the most protean, most ridiculous, and most sublime. No more baffling, exasperating soldier ever wore a uniform. Flamboyant, imperious, and apocalyptic, he carried the plumage of a flamingo, could not acknowledge errors, and tried to cover up his mistakes with sly, childish tricks. Yet he was also endowed with great personal charm, a will of iron, and a soaring intellect. Unquestionably he was the most gifted man-at-arms this nation has produced."-William Manchester
Virtually all Americans above a certain age hold strong opinions about Douglas MacArthur. They either worship him or despise him. And they are all wrong, because their premises are rooted in apocrypha. Now, one of our most outstanding writers, after a meticulous three-year examination of the record, presents his startling conclusions in this superb book. The narrative is gripping because the General's life was fascinating. It is moving because he was a man of vision. It finally ends in tragedy because his character, though majestic, was tragically flawed.

This title is due for release on December 3, 2007
We'll send you an email as soon as it is available!