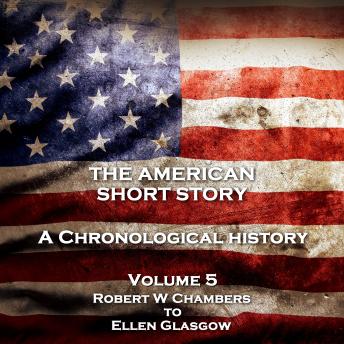 The American literary tradition has, in a far shorter span of time than others throughout history, achieved a glowing and glittering reputation.From its transatlantic roots it has absorbed the sons and daughters of other cultures, other lands and made them part of her own.America prides itself on liberty, on justice for all and, if you are a wealthy white man, that is essentially true. Sadly, many other segments of society find it difficult to feel or become part of this endeavour.Within this chronological history of the American short story, that prejudice has helped shape the borders of those two endless questions about any anthology. Why that story? Why that Author?We made some hard choices. We start with Uriah Derrick Dárcy, an unlikely American name and, to all intents, it appears to be a pseudonym, about whom little is known or can be verified. He leads our literary parade. From here leviathans appear on a regular basis; Hawthorne, Poe, Melville, Twain but also note how many women are here and not just Stowe, Alcott and Chopin. Women’s status as writers is often neglected or undervalued, predominantly due to their second-class social status throughout much of history but their stories, their angles of approach to writing are both expertly crafted and refreshing. Another stain on the social and cultural fabric of American has been that of Race. Black people were harshly and unfairly treated as a matter of course. The Civil War may have opened the door but in reality little changed. The majority of the stories included here written by black authors are disturbing in the wrongs they were accused of, and the burdens they were forced to carry. This eye-opening literature enables us to once more take stock and applaud and bring some glimmers of recognition to their struggles and their art. There are some authors, liberally sprinkled throughout, both male and female who may previously have escaped your attention. Enjoy them. Adore them. Make them part of your everyday reading and listening. These forgotten voices are fine examples both of their craft, their art, and their take on society as it was then.In the period we cover from the late 18th Century, around the time of the American Revolution, up until the catastrophe of World War 2, the printing press was creating a market to share words. With industrialization and a large swathe of people eager to be distracted from hard working lives, a plethora of magazines and periodicals shot up, all clamoring for works to publish, to share those words, to introduce new ideas and explain how some of us view ourselves and each other. Some of these authors were only published that way, one story wonders—hitched to the fading star of a disposable periodical. And, of course, the elephant in the room was the English. In its early days US copyright law was non-existent and didn’t recognise anyone else’s. Publishers were free to take the talents of Dickens or Trollope and freely print it without permission or coin. Competing against that, gave you a decided disadvantage.Within these stories you will also find very occasional examples of historical prejudice. A few words here and there which in today’s world some may find inappropriate or even offensive. It is not our intention to make anyone uncomfortable but to show that the world in order to change must reconcile itself to the actual truth rather than put it out of sight. Context is everything, both to understand and to illuminate the path forward. The author’s words are set, our reaction to them encourages our change.Within this melting pot of styles, genres and wordplay one fact stands out: The American short story Literary tradition has a strong, vibrant and almost inclusive history, if you know where to look. Which is here. The American Short Story Collection - A Chronological History – Volume 6 - An IntroductionThe American literary tradition has, in a far shorter span of time than others throughout history, achieved a glowing and glittering reputation.01 - The American Short Story - A Chronological History - An Introduction - Volume 602 - Paul's Case by Willa Cather03 - Rooms by Gertrude Stein04 - White Bread by Zona Gale05 - The Stones of the Village by Alice Dunbar Nelson06 - The Avenger by Edgar Rice Burroughs07 - To Build a Fire by Jack London08 - A Jury of Her Peers by Susan Glaspell09 - Brothers by Sherwood Anderson10 - Devereux's Last Smoke by Izola Forrester11 - The Octoroon's Revenge by Ruth D Todd12 - Guests Unexpected. A Thanksgiving Story by Maude K Griffin13 - The Defense of Strikerville by Damon Runyon14 - Breaking the Color Line by Annie McCary