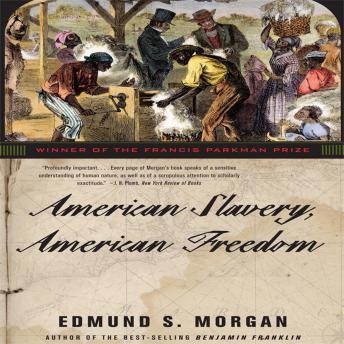 'If it is possible to understand the American paradox, the marriage of slavery and freedom, Virginia is surely the place to begin,' writes Edmund S. Morgan in American Slavery, American Freedom, a study of the tragic contradiction at the core of America. Morgan finds the key to this central paradox in the people and politics of the state that was both the birthplace of the revolution and the largest slaveholding state in the country. With a new introduction. Winner of the Francis Parkman Prize and the Albert J. Beveridge Award.

This title is due for release on February 19, 2013
We'll send you an email as soon as it is available!