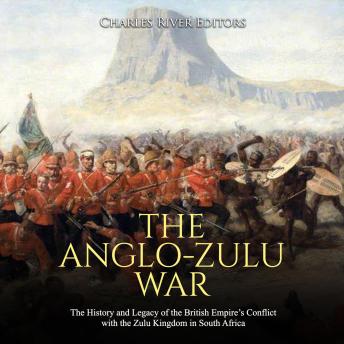 The Anglo-Zulu War: The History and Legacy of the British Empire's Conflict with the Zulu Kingdom in South Africa

The modern history of Africa was, until very recently, written on behalf of the indigenous races by the white man, who had forcefully entered the continent during a particularly hubristic and dynamic phase of European history. In 1884, Prince Otto von Bismarck, the German chancellor, brought the plenipotentiaries of all major powers of Europe together, to deal with Africa's colonization in such a manner as to avoid provocation of war. This event-known as the Berlin Conference of 1884-1885-galvanized a phenomenon that came to be known as the Scramble for Africa. The conference established two fundamental rules for European seizure of Africa.

There were some exceptions to this, however, and the most notable was the Zulu Kingdom, a centralized monarchy of enormous military prowess that would require a full-fledged war for the British to pacify. At the height of its power in the southern part of Africa, the Zulu could rely on an army of 40,000 warriors, presenting a formidable obstacle to the designs of the British, who eventually engaged in a full-scale conflict with the Zulu due to their own geopolitical concerns.

When the fighting started at the beginning of 1879, British military leader Lord Chelmsford assured, "'If I am called upon to conduct operations against them, I shall strive to be in a position to show them how hopelessly inferior they are to us in fighting power, altho' numerically stronger." Less than 10 days later, Chelmsford had lost nearly 33% of his fighting force at the Battle of Isandlwana. From that point forward, the British began to take the Zulu more seriously, and over the next half year, they subdued the Zulu nation.

Anglo-Zulu War: The History and Legacy of the British Empire's Conflict with the Zulu Kingdom in South Africa