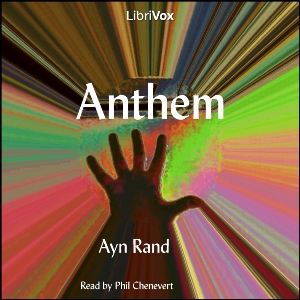 This Novella by Ayn Rand was first published in England in 1938. It takes place at some unspecified future date when mankind has entered another dark age characterized by irrationality, collectivism, and socialistic thinking and economics. Technological advancement is now carefully planned (when it is allowed to occur at all) and the concept of individuality has been eliminated (for example, the use of the word "I" is punishable by death). Rand, as a teenager living in Soviet Russia, initially conceived Anthem as a play. This is a novel upholding Rand's central principles of her philosophy and of her heroes: reason, values, volition, individualism. (Summary by Wikipedia and the Reader)