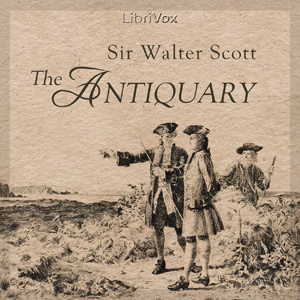 Illegitimacy, false identity, and bankruptcy are the major elements of Sir Walter Scott's 1816 novel, The Antiquary. Set in the period of the French Revolution, the novel's hero, Lovel, struggles to gain repute and the hand of his beloved despite his uncertain parentage. During these pursuits, he befriends the title's antiquary, Johnathan Oldbuck, who finds Lovel a captive audience to his scholarly studies and a tragic likeness to his own disappointments in love. Readers will discover whether Lovel's acts of bravery and courage ultimately earn him the birth and fortunes of a nobleman. (Summary by S. Kovalchik)