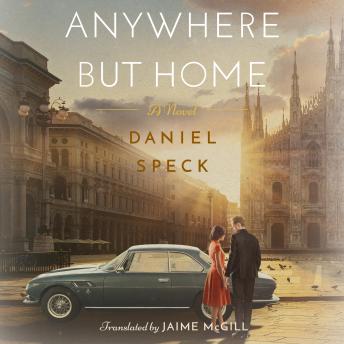 Anywhere But Home: A novel

The English-language debut of the acclaimed international bestseller—Anywhere but Home crosses continents, cultures, and generations to tell a sweeping story of self-discovery, finding your own place in a new world, and the revelatory mysteries of being a family.

Milan, 2014. Julia, a young and brilliant German designer, is about to launch the fashion show that could bring the breakthrough success she has sacrificed so much to achieve. All her dreams for the future are on the brink of reality—until an unknown past comes to find her. A grandfather she never knew existed approaches her with an astonishing claim. Julia’s father, believed dead for decades, is still alive. As a great lie is revealed, Julia embarks on a journey to uncover the lost pieces of her past. It takes her on a tour through Italy—from Milan to Naples to Sicily, back three generations to an immigrant heritage that struggled to build new roots in Germany after the war, and to secrets that have remained hidden for sixty years.

Milan, 1954. Vincent, a handsome German engineer for BMW, arrives with the task of testing the Isetta, a revolutionary Italian car. His interpreter is the talented and enigmatic Giulietta, and the two soon fall passionately in love. Giulietta is full of life and dreams—she loves to design and sew clothes—but is held back by her family, who emigrated from Sicily, and by a promise that already binds her to another man. She will find herself forced to choose between love and duty, freedom and tradition—it is a choice that will mark the fate of generations to come.

A saga of love and loss between two people and two countries, Anywhere but Home is a heartbreakingly beautiful story of forging new lives across foreign landscapes and cultures, of old wounds and forgiveness, and of the enduring bonds of family.