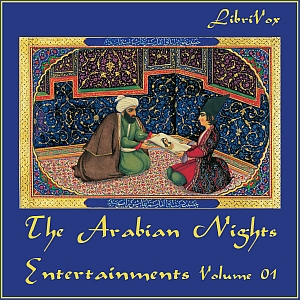 The main frame story concerns a king and his new bride. The king, Shahryar, upon discovering his ex-wife's infidelity executes her and then declares all women to be unfaithful. He begins to marry a succession of virgins only to execute each one the next morning. Scheherazade agrees to marry him and each night, beginning on the night of their marriage, she tells the king a tale but does not end it so that the king keeps her alive in order to hear the next tale. The stories proceed from this original tale; some are framed within other tales, while others begin and end of their own accord. Some editions contain only a few hundred tales, while others include 1001 or more stories and "nights." Well known stories from the Nights include Aladdin, Ali Baba and the Forty Thieves, and The Seven Voyages of Sinbad the Sailor. (Summary from Wikipedia)