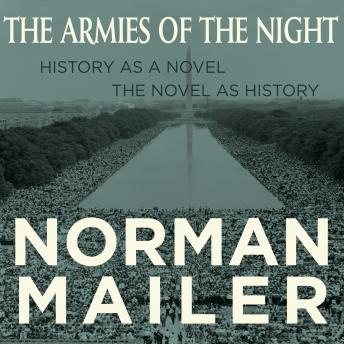 The Armies of the Night

The Armies of the Night chronicles the famed October 1967 March on the Pentagon, in which all of the old and new Left-hippies, yuppies, Weathermen, Quakers, Christians, feminists, and intellectuals-came together to protest the Vietnam War. Alongside his contemporaries, Mailer went, witnessed, participated, suffered, and then wrote one of the most stark and intelligent appraisals of the 1960s: its myths, heroes, and demons. Winner of the Pulitzer Prize and the National Book Award and a cornerstone of New Journalism, The Armies of the Night is not only a fascinating foray into that mysterious terrain between novel and history, fiction and nonfiction, but also a key chapter in the autobiography of Norman Mailer-who, in this nonfiction novel, becomes his own great character, letting history in all its complexity speak through him

Armies of the Night