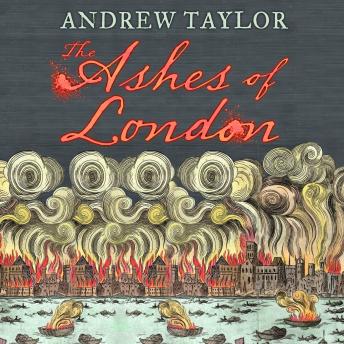 The Ashes of London

The first book in the No. 1 Times bestselling series
‘This is terrific stuff’ Daily Telegraph


‘A breathtakingly ambitious picture of an era’ Financial Times


A CITY IN FLAMES
London, 1666. As the Great Fire consumes everything in its path, the body of a man is found in the ruins of St Paul’s Cathedral – stabbed in the neck, thumbs tied behind his back.


A WOMAN ON THE RUN
The son of a traitor, James Marwood is forced to hunt the killer through the city’s devastated streets. There he encounters a determined young woman, who will stop at nothing to secure her freedom.


A KILLER SEEKING REVENGE
When a second murder victim is discovered in the Fleet Ditch, Marwood is drawn into the political and religious intrigue of Westminster – and across the path of a killer with nothing to lose…

This title is due for release on April 7, 2016
We'll send you an email as soon as it is available!