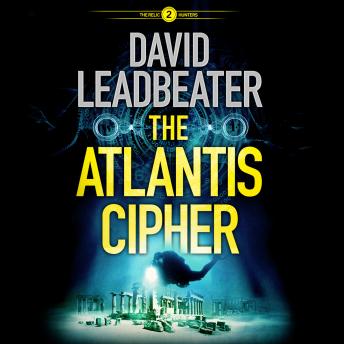 #2 of The Relic Hunters

A lost world. An ancient code. A deadly chase.

Five ancient statues have been unearthed in South America, each containing a mysterious coded message hinting at an origin many thought impossible: the mythical world of Atlantis. As word of their discovery spreads, the prized figurines become a treasure bounty hunters will kill for.

CIA agent Heidi Moneymaker calls in the only team for the job: Guy Bodie and his posse of relic-hunting thieves. If they are to find the ancient civilization, Bodie and his team must decode a series of clues—starting with the cipher on the statues themselves—that will take them across the world and to the deepest depths of the ocean. But they are not alone in their mission.

Pursued by mysterious forces intent on keeping the legendary empire hidden, hunted by Chinese special forces and the relic hunters’ lethal foe, the Bratva, the team races to find the lost land—and Bodie’s enemies will stop at nothing to be the first to discover Atlantis’s secrets.