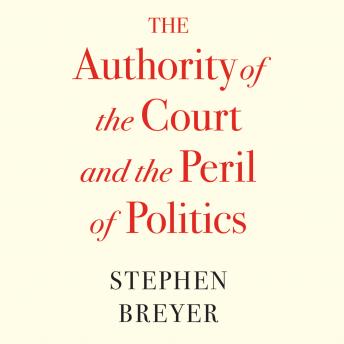 The Authority of the Court and the Peril of Politics

A growing chorus of officials and commentators argues that the Supreme Court has become too political. On this view, the confirmation process is just an exercise in partisan agenda-setting, and the jurists are no more than "politicians in robes"?their ostensibly neutral judicial philosophies mere camouflage for conservative or liberal convictions. Stephen Breyer, drawing upon his experience as a Supreme Court justice, sounds a cautionary note. Mindful of the Court's history, he suggests that the judiciary's hard-won authority could be marred by reforms premised on the assumption of ideological bias. Having, as Hamilton observed, "no influence over either the sword or the purse," the Court earned its authority by making decisions that have, over time, increased the public's trust. If public trust is now in decline, one part of the solution is to promote better understandings of how the judiciary actually works: how judges adhere to their oaths and how they try to avoid considerations of politics and popularity. Breyer warns that political intervention could itself further erode public trust. Without the public's trust, the Court would no longer be able to act as a check on the other branches of government or as a guarantor of the rule of law, risking serious harm to our constitutional system.

Authority of the Court and the Peril of Politics