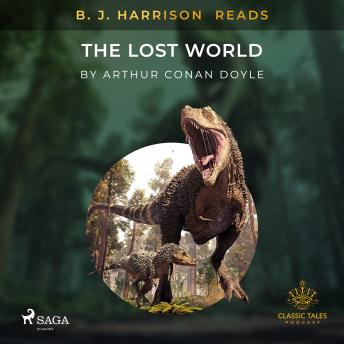 Edward Malone is a young journalist at the 'Daily Gazette', who is eager to impress his girlfriend Gladys. To do so, he requests a dangerous and complex task. After a few days, he is assigned to an expedition leaded by the notorious Professor Challenger. The the expedition is headed toward what Challenger’s claim is a new and isolated area of the Amazon jungle. He believes that thousands of years ago dinosaurs, pterodactyls and other exotic creatures were inhabitants of the area. The professor believes that no one has set foot there before, so he wants to be the first one.

Why does Malone want to impress the woman he loves so badly, and will he be able to do so? Can he deal with the task he was assigned to? Will Professor Challenger's expedition succeed? Will he make a discovery of global significance?

You can find all the answers in Sir Arthur Conan Doyle’s exciting and adventurous short story 'The Lost World'.

This title is due for release on November 13, 2020
We'll send you an email as soon as it is available!