The Babes in the Woods Murders: The shocking true story of how child murderer Russell Bishop was finally brought to justice 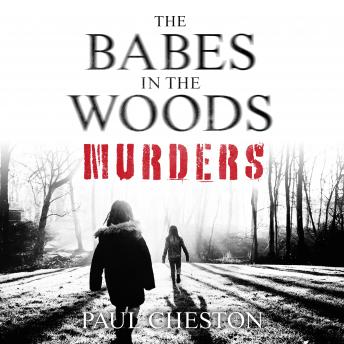 On 9 October 1986, Russell Bishop sexually assaulted and strangled nine-year-old Nicola Fellows and Karen Hadaway, in woods near Brighton. He did not answer for his crimes for over thirty years.

Bishop - a petty criminal known to both girls' families - was charged after his suspiciously close involvement in the search for the bodies. But a last-minute change of testimony from his then-girlfriend allowed him to go free, and the Babes in the Woods murders became one of Britain's most infamous cold cases.

In this first book on the case, veteran crime reporter Paul Cheston brings to life this thirty-year saga of murder, betrayal and injustice - before three decades of hurt led, at last, to healing, justice and hope for the parents of two murdered girls.

Written with the approval and cooperation of the Fellows family, The Babes in the Woods Murders sheds light once and for all on the awful truth behind what happened on 9 October 1986, and how the courtroom dramas that unfolded over a generation finally brought down one of Britain's most depraved killers.

Babes in the Woods Murders: The shocking true story of how child murderer Russell Bishop was finally brought to justice

This title is due for release on February 27, 2020
We'll send you an email as soon as it is available!