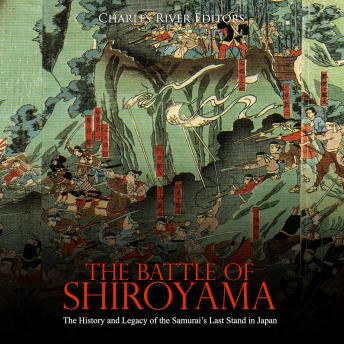 Battle of Shiroyama, The: The History and Legacy of the Samurai’s Last Stand in Japan

On September 25, 1877, on a rain-soaked, muddy field in Kagoshima, Japan, a small group of proud samurai warrior rebels prepared for one last stand. It was early morning, 6:00 a.m., and the remaining 40 samurai warriors still capable of fighting prepared themselves for the glory of death on the battlefield. They had been shelled by powerful artillery guns and naval cannons relentlessly through the night, and the rebels had no real shelter or protection. Instead, they cowered like rats in small, rain-filled mud holes, showered by a torrent of steel shells and shrapnel.

For seven months, the samurai rebels had fought a losing battle against the army of Emperor Meiji, the new ruler of Japan’s central government. It was a modern army, filled with conscripts, armed with rifles, and trained in European tactics. The samurai rebels were also armed with rifles, but months of fighting had stripped them of ammunition. They still possessed their distinctive personal weapons – their katana swords - and they intended to use them one last time.

Despite the overwhelming firepower and numbers advantage wielded by the central government, the rebels, led by Saigō Takamori, a samurai warrior and proud defender of the samurai tradition, remained stoic in their final moments. By early morning, the last capable samurai drew their swords and launched a final suicidal charge into the rapidly firing rifles of 30,000 conscript troops, members of Japan’s modern imperial army. It would be the samurai’s last stand.

Battle of Shiroyama, The: The History and Legacy of the Samurai’s Last Stand in Japan

This title is due for release on January 4, 2020
We'll send you an email as soon as it is available!