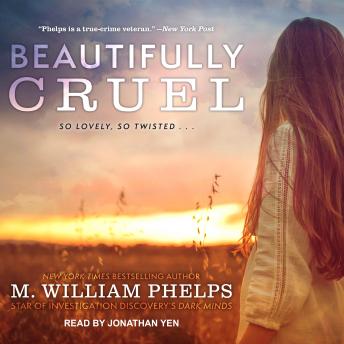 Iowa housewife Tracey Pittman Roberts seemed to have it all: natural beauty, three loving children, and a fairy tale second marriage to a wealthy, handsome businessman. But beneath the happy façade was a woman who used lies, manipulation, sex, ugly allegations, blackmail-and even murder-to serve her own selfish ends.

On December 12, 2001, police rushed to Tracey's home after a shooting left her vulnerable young neighbor dead. Tracey claimed it was an act of self-defense. Nine gunshot wounds-and a decades-long trail of extortion, fabrication, fraud, and intimidation-said otherwise. Ten years after the crime, Tracey's case finally went to trial in an explosive courtroom showdown. In a searing exploration of the criminal mind, bestselling investigative journalist M. William Phelps traces the saga of a psychopath who hid in plain sight-until her wicked ways caught up with her.

Awful - - a terrible book wish I had never started

This was a very interesting story of a truly twisted femme fatale. This woman's entire life from childhood on was nothing but lies, scams and grifting. She even got away with murder for a while. This is a good, quick read for true crime fans. Narrator was very good.