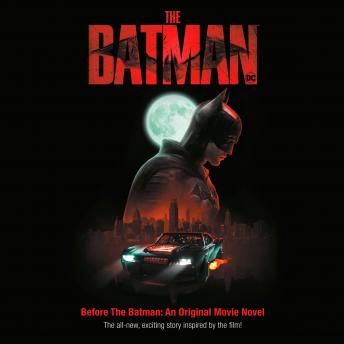 Before the Batman: An Original Movie Novel (The Batman Movie): The all-new, exciting story inspired by the film!

Before The Batman™: An Original Movie Novel—An exciting new story inspired by the all-new motion picture The Batman, which swings into theaters in theaters on March 4, 2022!


Warner Bros.’s The Batman releases in theaters March 4, 2022, bringing with it all the adventure and action of one of the most popular Super Heroes in the world. We all know that billionaire Bruce Wayne is secretly Gotham City’s vigilante detective and protector, The Batman—but what road led him there? Find out in Before The Batman: An Original Movie Novel, which includes an exciting original story of Bruce Wayne's early adventures on his way to becoming The Batman!

This title is due for release on February 1, 2022
We'll send you an email as soon as it is available!