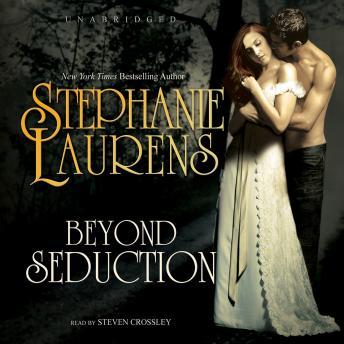 Beyond Seduction: A Bastion Club Novel

A little bit wild and undeniably brave, the gentlemen of the Bastion Club have pursued adventures far and wide. But their exploits at home could prove to be the riskiest of all as they hunt an elusive target: the perfect bride.

In a moment of recklessness, Gervase Tregarth, sixth Earl of Crowhurst, swears he’ll marry the next eligible lady to cross his path. Cloistered at his ancestral castle in Cornwall, with nary a suitable woman for miles, he never expects he’ll have to fulfill his pledge, at least not until the London season begins. But then he meets his neighbor, the very appealing Madeline Gascoigne.

Years of secret service to the Crown have taught Gervase the value of always having a loophole—there will be no wedding if he and Madeline are not compatible in every way. So he sets out to prove that they would make a most dreadful match by luring her into his arms and, ultimately, his bed. From their very first kiss, Gervase discovers that the headstrong and independent Madeline is no meek country miss—and that the fire between them will burn long beyond that first seduction.

Beyond Seduction: A Bastion Club Novel

This title is due for release on December 14, 2011
We'll send you an email as soon as it is available!