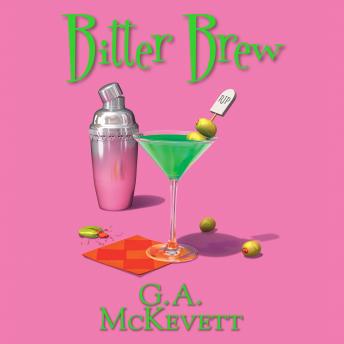 Written By: G. A. Mckevett

P.I. Savannah Reid is shaken to the core when coroner Dr. Jennifer Liu appears on her doorstep late one night with a disturbing confession. In a potentially career-ruining move, a remorseful Dr. Liu admits to fudging an autopsy report to keep her friend Brianne's suicide a secret-fulfilling a final promise made before the terminally ill woman administered a lethal drug cocktail. But after Dr. Liu finds the same unique mixture in a second body, she fears the deaths share a dark connection...Apprehensive about concealing a felony, Savannah and the Moonlight Magnolia Detective Agency launch a discreet investigation into Brianne's rare condition and the deadly concoction linking the two bodies. As chilling evidence points to an undeniable case of double murder, the agency races to slim down the suspect list and blow the lid off a shifty criminal's poisonous agenda. Savannah only hopes that, like Dr. Liu, her desire to help a friend won't put her reputation at risk-or, worse, land her on the next slab.

by G. A. Mckevett

This title is due for release on April 27, 2020
We'll send you an email as soon as it is available!