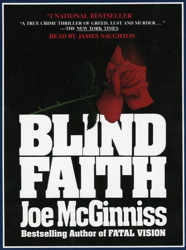 The Marshalls were the perfect family in the perfect town. They had new cars and a permanent place in the country club set. Then, on a chilly September night, Maria Marshall--the beautiful wife and mother--was murdered in cold blood. The tragedy had only just begun.

While sympathy poured in for Maria's husband Rob and their three sons, the shocking facts were slowly revealed--facts about money-hungry Rob Marshall, about debts, affairs, and hitmen. And when a police investigation turned into a relentless prosecution and a dramatic trial, an even darker truth came out: Rob Marshall would use anyone--even his sons--to cover his crime...

From bestselling writer Joe McGinniss, here is the powerful true story of a horrifying murder, the quest for justice, and the disintegration of an American dream.

This title is due for release on August 26, 2008
We'll send you an email as soon as it is available!