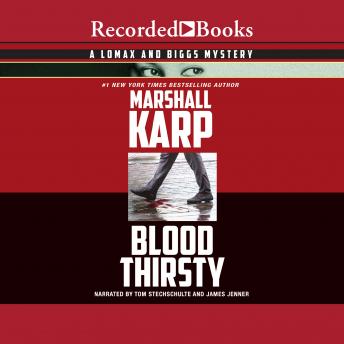 Acclaimed screenwriter Marshall Karp has been lauded for his Mike Lomax and Terry Biggs mysteries. Picking up where their first adventure, The Rabbit Factory, left off, this duo of bickering Hollywood detectives investigates another high-profile case. After solving the Familyland murders, Lomax and Biggs are approached by world-famous movie producer Barry Gerber to make a film of their story. Bitten by the movie-star bug, the two men know this could mean big money. Just before the deal can be finalized, however, Gerber turns up dead-all the blood drained from his body. The number one suspect is a maverick star actor known for his temper, excessive lifestyle, and a previous quarrel with Gerber. But when he is abducted, the killer's deadly designs take on a whole new dimension. Fans of Hollywood scandals will love the insider's feel of Karp's intriguing mystery. Narrators Tom Stechschulte and James Jenner shine in their portrayal of the witty Lomax and Biggs.

This title is due for release on October 29, 2010
We'll send you an email as soon as it is available!