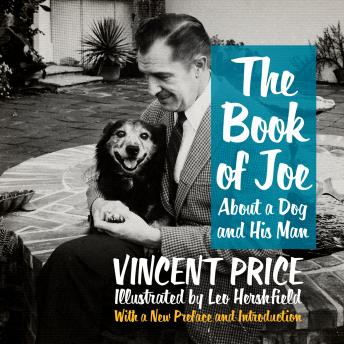 The Book of Joe: About a Dog and His Man

Actor Vincent Price won acclaim for his performances as a menacing villain in dozens of macabre horror films, such as House of Wax. Less well known, though, is Price's lifelong love of animals, especially his fourteen-year-old mutt, Joe. From his wife's passion for poodles to film set encounters with all types of creatures, including goats, apes, and camels, Price's life was full of furry, four-legged friends. But it was Joe who truly captured his heart. Intelligent, courageous, and devoted to his owner, Joe was a special dog with a personality all his own. This touching and light-hearted memoir includes a new introduction by Bill Hader and a preface by Vincent Price's daughter, Victoria.