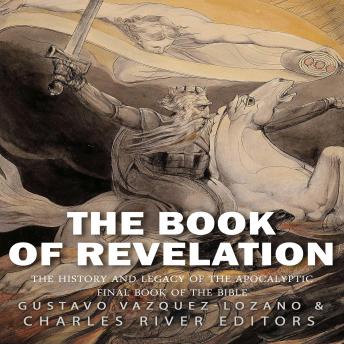 The Book of Revelation: The History and Legacy of the Apocalyptic Final Book of the Bible

About 2,000 years ago, a prophet named John wrote a book about his strange visions while he was in Patmos, a small Greek island in the Aegean Sea. This John, the Seer, the Revelator, was long believed to be one of Jesus's apostles, but recent historians have determined that he was a second-generation disciple. In fact, he was likely a political exile, writing for Christians under the threat of persecution by the Roman Empire, and his book, the Book of Revelation, was controversial, obscure, and rejected by many local churches as early as the 2nd century CE. Even after it managed to slip into the Bible as the last book of the canon, for years many doubted its authenticity, and others later branded it as the heretical hallucinations of a madman.

Despite those controversial origins, the Apocalypse or Revelation of John remains firmly embedded in the Bible as the final chapter of the great saga that opens with Genesis, the beginning of everything. As a bookend to Genesis, Revelation provides a narrative of the end times, the completion of history, and the end of the world. The esoteric narrative, impenetrable to most readers, is full of symbols, keys, and metaphors, abounds in strange visions and prophecies, monsters, natural catastrophes, and describes terrifying scenes that are typically described as apocalyptic. This fascinating book also features some of the most well-known religious concepts in the West, things that have provoked fear and fascination for centuries, including the four horsemen of the Apocalypse, the famous number of the Beast (666), the Antichrist (whom Revelation calls 'the beast'), and the whore of Babylon.

Book of Revelation: The History and Legacy of the Apocalyptic Final Book of the Bible

This title is due for release on December 23, 2020
We'll send you an email as soon as it is available!