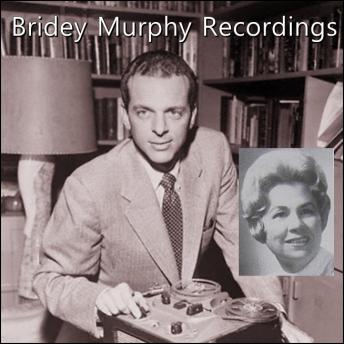 In 1952, Colorado businessman and amateur hypnotist Morey Bernstein put housewife Virginia Tighe of Pueblo, Colorado, in a trance, using a technique called hypnotic regression, that sparked off startling revelations about Tighe's alleged past life as a 19th-century Irishwoman, Bridey Murphy, and her rebirth in the United States 59 years later. Bernstein wrote a book in 1956, "The Search for Bridey Murphy," which became a NY Times bestseller, eventually being published in 30 languages in 34 countries, and was later made into a movie. In this recording you will hear one of the actual hypnotism sessions.

This title is due for release on August 7, 2017
We'll send you an email as soon as it is available!