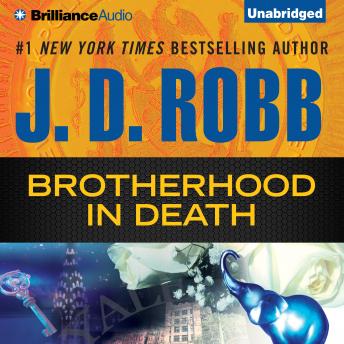 Dennis Mira has had two unpleasant surprises. First, he learned that his cousin Edward was secretly meeting with a real estate agent about their late grandfather's magnificent SoHo brownstone, despite a promise they each had made to keep it in the family. Then, when he arrived at the house to confront Edward, he got a blunt object to the back of the head.

Luckily Dennis is married to Charlotte Mira, the NYPSD's top profiler and a good friend of Lieutenant Eve Dallas. When the two women arrive on the scene, he explains that the last thing he saw before he was knocked out was Edward in a chair, bruised and bloody. And when he came to, his cousin was gone. With the room cleaned up and the security disks removed, there's nothing but a few traces left behind for forensics to analyze.

A former lawyer, judge, and senator, Edward Mira has mingled with the elite and crossed paths with criminals, making enemies on a regular basis. Like so many politicians, he has also made some very good friends behind closed-and locked-doors. But a badge and a billionaire husband can get Eve access to places others can't go, and she intends to shine some light on the dirty deals and dark motives behind the disappearance of a powerful man, the family discord over a multimillion-dollar piece of real estate...and a new case that no one saw coming.

This title is due for release on February 2, 2016
We'll send you an email as soon as it is available!