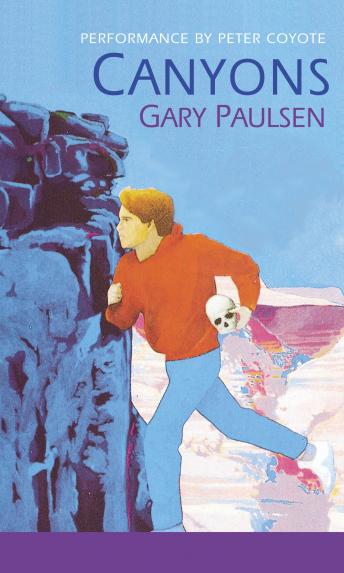 Two boys, separated by the canyons of time and two vastly different cultures, face the challenges by which they will become men.
Coyote Runs, an Apache boy, takes part in his first raid. But he is to be a man for only a short time.
More than a hundred years later, while camping near Dog Canyon, 15-year-old Brennan Cole becomes obsessed with a skull that he finds, pierced by a bullet. He learns that it is the skull of an Apache boy executed by soldiers in 1864. A mystical link joins Brennan and Coyote Runs, and Brennan knows that neither boy will find peace until Coyote Runs' skull is carried back to an ancient sacred place.
In a grueling journey through the canyon to return the skull, Brennan confronts the challenge of his life.