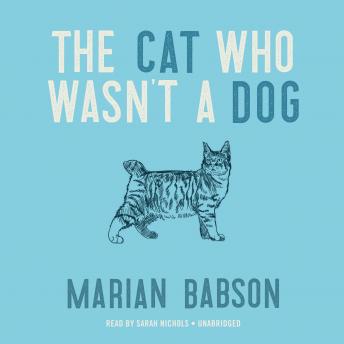 The Cat Who Wasn't a Dog

A purrfect crime!
Dame Cecile Savoy's "revolting floor mop" of a Pekinese has passed away at a ripe old age. Now, the aging British actress convinces her rivals on stage and screen, Trixie and Evangeline, to support her in her hour of grief ... by accompanying her to a taxidermist. But it's a cab ride straight to a cat-astrope!
No sooner do the three elderly thespians enter "Stuff Yours" than they discover a dead body, a live kitty in a cage, and flames bursting from the back room. Fortunately for a rare Japanese bobtail called Cho-Cho-San, Trixie grabs the cat before fleeing the scene. But who's the victim? Who set the fire? And why was a gorgeous feline going to be stuffed?
Of course, Cho-Cho-San knows more than she's letting on as the curtain goes up on foul play, murderous jealousies, and a killer who may be going to the dogs ...

Cat Who Wasn't a Dog