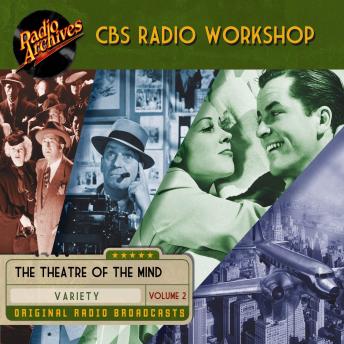 Volume 3 of the CBS Radio Workshop includes "Subways are for Sleeping", an adaptation of the novel by Edmund Love, who actually slept on the subways in the Fifties; "An Analysis of Satire" by Stan Freberg, best known today for his voice actor work with Warner Brothers animation; "A Pride of Carrots, or Venus Well Served", by Robert Nathan, best known for films made from his novels (The Bishop's Wife, and Portrait of Jennie); he also contributed "Report on the Weans", which "documents" what future archaeologist might deduce about twentieth century life by examining its artifacts; an adaptation of Mark Twain's Roughing It, a semi-autobiographical travelogue; "The Legend of Annie Christmas", the title role of which was played by Amanda Randolph, the first African-American actress to star in a regularly scheduled network television show.