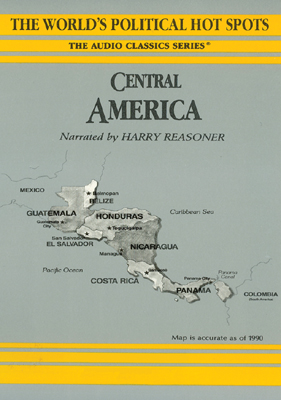 A cluster of five countries; Guatemala, Honduras, El Salvador, Nicaragua, and Costa Rica; are commonly referred to as Central America. Although these nations differ in their histories and politics, they share at least one factor: they have been caught up in the turmoil of America’s foreign policy in this region. These recordings depict the chain of events that have led to the Central America we view on television.
The World’s Political Hotspots Series explains the basis of conflicts in some of the world’s most politically sensitive areas. Many of these regions are in today’s headlines, and tensions recently have become violent in virtually all of them. Each presentation covers up to ten centuries of background, revealing how and why today’s problems occur.

This title is due for release on July 1, 1991
We'll send you an email as soon as it is available!