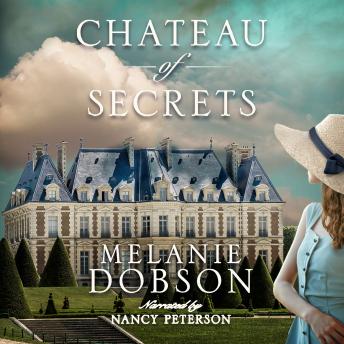 Gisèle Duchant guards a secret that could cost her life. Tunnels snake through the hill under her family’s medieval chateau in Normandy. Now, with Hitler’s army bearing down, her brother and several friends are hiding in the tunnels, resisting the German occupation of France.

But when German soldiers take over the family’s chateau, Gisèle is forced to host them as well—while harboring the resistance fighters right below their feet. Taking in a Jewish friend’s baby, she convinces the Nazis that it is her child, ultimately risking everything for the future of the child. When the German officers begin to suspect her deception, an unlikely hero rescues both her and the child.

A present-day story weaves through the past one as Chloe Sauver, Gisèle’s granddaughter, arrives in Normandy. After calling off her engagement with a political candidate, Chloe pays a visit to the chateau to escape publicity and work with a documentary filmmaker, Riley, who has uncovered a fascinating story about Jews serving in Hitler’s army. Riley wants to research Chloe’s family history and the lives that were saved in the tunnels under their house in Normandy. Chloe is floored—her family isn’t Jewish, for one thing, and she doesn’t know anything about tunnels or the history of the house. But as she begins to explore the dark and winding passageways beneath the chateau, nothing can prepare her for the shock of what she and Riley discover…