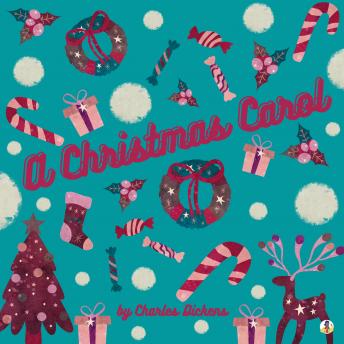 A Christmas Carol is a novella by Charles Dickens.

A Christmas Carol tells the story of Ebenezer Scrooge, an old miser who is visited by the ghost of his former business partner Jacob Marley and the Ghosts of Christmas Past, Present and Yet to Come. After their visits Scrooge is transformed into a kinder, gentler man.

Dickens wrote A Christmas Carol at a time when the British were examining and exploring Christmas traditions from the past, such as carols, as well as new customs such as Christmas trees. He was influenced by experiences from his own past, and from the Christmas stories of other authors, including Washington Irving and Douglas Jerrold. Dickens had written three Christmas stories prior to the novella, and was inspired to write the story following a visit to the Field Lane Ragged school, one of several establishments for London's half-starved, illiterate street children. The treatment of the poor and the ability of self-interested man redeeming himself by transforming into a more sympathetic character are the key themes of the story. There is discussion among academics as to whether this was a fully secular story, or if it is a Christian allegory.

With A Christmas Carol, Dickens captured the zeitgeist of the mid-Victorian revival of the Christmas holiday. He has been acknowledged as an influence on the modern Western observance of Christmas and inspired several aspects of Christmas, such as family gatherings, seasonal food and drink, dancing, games and a festive generosity of spirit.

As part of our mission to publish great works of literary fiction and nonfiction, Sheba Blake Publishing Corp. is extremely dedicated to bringing to the forefront the amazing works of long dead and truly talented authors.

This title is due for release on May 7, 2021
We'll send you an email as soon as it is available!