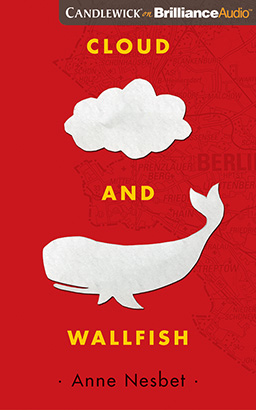 Narrated By: Will Ropp

Noah Keller's ordinary, everyday American life is smashed to smithereens the day his parents tell him his name isn't really Noah, his birthday isn't really in March, and his new home is going to be East Berlin, on the other side of the Iron Curtain. It's 1989, and everywhere all around countries are remaking themselves, but in East Germany the air is full of coal smoke, secrets, and lies. It's not safe to say anything out loud in the apartment. It's not safe to think too much about where you came from or who you used to be.

It's also about the least likely place in the world for a kid from America with a lot of secrets of his own (and an Astonishing Stutter) to make a friend.

But then Noah meets Cloud-Claudia, the lonely girl who lives one floor down with her terrifying grandmother. Something has happened to her parents-but what?

Armed with a half-imaginary map and a shared fondness for codes and puzzles, Noah and Cloud-Claudia have to find their way in a world where walls-and the Wall-are closing in.

History, friendship, and intrigue collide in a dazzling novel that will have you seeing the world in a whole new way.