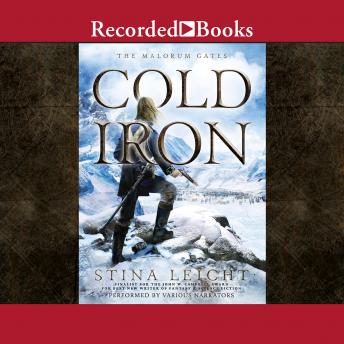 For centuries, the Kingdom of Eledore has relied upon the kainen race’s natural magical talents to retain its elevated
and seemingly impervious status in the world, particularly above the humans in Acrasia. Plots and assassination
attempts grow against the royal twin heirs, Nels and Suvi, as the Acrasians seem to be doing more than saber rattling
against what they see as an evil, tyrannical nation.

Nels, the only kainen in Eledore to study the Acrasians, understands the threat they pose and relinquishes his
standing as heir to join the army, while Suvi supports the kingdom from within as admiral of the dwindling Eledorian
navy and the new heir to the crumbling throne. Slow to change, the Eledorians soon face the Acrasians’ vast military
armed with muskets and cannon.

But a revolution is coming, and along with it the possible end of a kingdom. The assumptions of generations
will be turned on their head as kainen and human clash, love and friendship are found and tested, and war comes as
unwelcome as cold iron

The story is slow and the character’s attributes are frustrating. It’s like listening to a long soap opera never getting to any substance. I only got to the 17th section. The male narrator has a good voice but reads like he is always angry. The female Morgan who reads for the twin sister is good and the female reader Suzy is great.