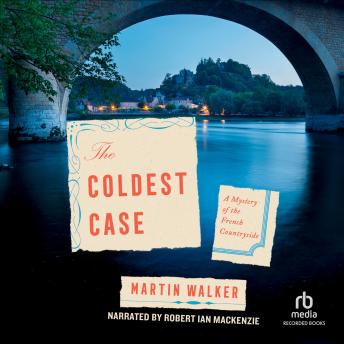 An anonymous skull, an unsolved murder, sinister rumors about Cold War espionage-Bruno's investigation into a long-standing cold case takes him into the tangled inheritance of a Bergerac vineyard and into the archives of once Communist-run regions of Paris as a fierce heat wave threatens the region with fire. After attending an exhibit on the facial reconstruction of ancient skulls, Bruno wonders if the technology might help him resolve a thirty-year-old murder case in which a body was found in the woods near St. Denis. Then the death in action of a French special forces soldier puts his DNA into the national database and a tangled family tale unfolds. The murdered man from the cold case turns out to have been the dead soldier's father. The mother is dead and never revealed to her husband or children that she had been made pregnant by a stranger she met on a camping holiday in St. Denis. Bruno soon starts to unravel the secrets of that camping weekend, of a young woman's last fling before her marriage and the murder of her lover. Through patient police work and examining old photographs, Bruno findsimages of the murdered man and his mysterious friend. They open a trail that takes Bruno from the Bergerac vineyards to the old Communist Party strongholds in the poorest quarters of Paris and their links to the comrades of the Soviet bloc. But as Bruno tries to establish whether those connections were simply fraternal or something more sinister, he finds the French establishment closing ranks against any use of the Rosenholz dossier, the master file of hundreds of thousands of Stasi agents, in East Germany and abroad, obtained by the CIA but never shared with the French. Meanwhile a heat wave is building. The Dordogne is suffering from an intense summer drought that is sparking forest fires across the region. But, as always, Bruno will keep a cool head through it all-and, bien sûr, take time to enjoy a sumptuous Périgordian meal.