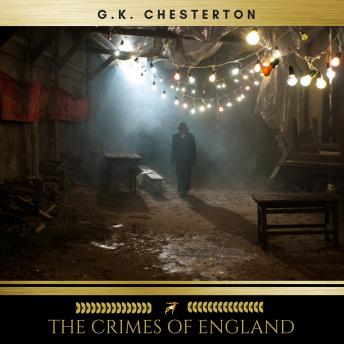 The Crimes of England

'Second, when telling such lies as may seem necessary to your international standing, do not tell the lies to the people who know the truth. Do not tell the Eskimos that snow is bright green; nor tell the negroes in Africa that the sun never shines in that Dark Continent. Rather tell the Eskimos that the sun never shines in Africa; and then, turning to the tropical Africans, see if they will believe that snow is green. Similarly, the course indicated for you is to slander the Russians to the English and the English to the Russians; and there are hundreds of good old reliable slanders which can still be used against both of them. There are probably still Russians who believe that every English gentleman puts a rope round his wife's neck and sells her in Smithfield. There are certainly still Englishmen who believe that every Russian gentleman takes a rope to his wife's back and whips her every day. But these stories, picturesque and useful as they are, have a limit to their use like everything else; and the limit consists in the fact that they are not true, and that there necessarily exists a group of persons who know they are not true. It is so with matters of fact about which you asseverate so positively to us, as if they were matters of opinion.