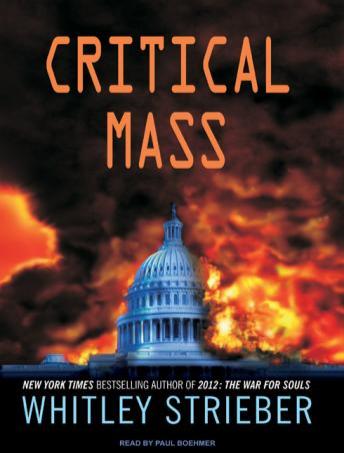 In Critical Mass, Whitley Strieber explores this unthinkable but real possibility in a furious story that is almost too terrifying to tell. Nuclear interdiction expert James Deutsch and his Muslim wife, Nabila, struggle to stop an impending nuclear attack on a great American city. Along the way, they delve deep into the hidden world of nuclear terrorism and the experts who strive to contain it, and get a compelling look at the titanic battle within Islam over its own future-fundamentalist and rejecting, or compassionate and life-embracing.

Like Strieber's classics Warday and The Coming Global Superstorm, Critical Mass is torn straight from the dark pages of a very dangerous and very possible future.

This title is due for release on March 30, 2009
We'll send you an email as soon as it is available!