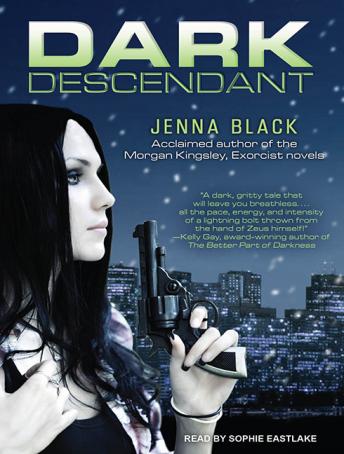 Nikki Glass can track down any man. But when her latest client turns out to be a true descendant of Hades, Nikki now discovers she can't die. Crazy as it sounds, Nikki's manhunting skills are literally god-given. She's a living, breathing descendant of Artemis who has stepped right into a trap set by the children of the gods.Nikki's new 'friends' include a descendant of Eros, who uses sex as a weapon; a descendant of Loki, whose tricks are no laughing matter; and a half-mad descendant of Kali who thinks she's a spy. But most powerful of all are the Olympians, a rival clan of immortals seeking to destroy all Descendants who refuse to bow down to them. In the eternal battle of good god/bad god, Nikki would make a divine weapon. But if they think she'll surrender without a fight, the gods must be crazy.

This title is due for release on December 30, 2011
We'll send you an email as soon as it is available!