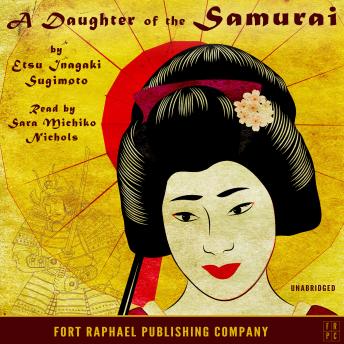 Daughter of the Samurai - Unabridged

The autobiographical first novel by Etsu Inagaki Sugimoto, 'A Daughter of the Samurai' tells the incredible true story of a young girl born into a high-status family in Nagaoka, Japan whose father, a samurai, is stripped of his power when the feudal system in Japan collapses and his family is thrown into turmoil and uncertainty.

Originally destined to become a priestess, young Etsu is instead betrothed to a wealthy Japanese merchant in Cincinnati, Ohio and makes the unlikely and culturally jarring journey from the Japanese countryside to the American Midwest during the 1880's.

Hailed by critics upon its original release, 'A Daughter of the Samurai' is a fascinating, one-of-a-kind glimpse into a forgotten age. Etsu's insights, observations and descriptions of her life in Japan at this pivotal time in history - as well as her journey to America and back - is at once heartwarming, haunting and thrilling.

This title is due for release on April 19, 2022
We'll send you an email as soon as it is available!