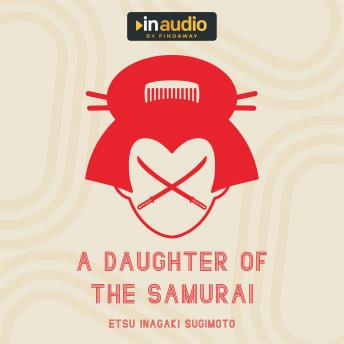 A Daughter of the Samurai

“I came to realize the tragic truth that the Japanese woman – like the plum blossom, modest, gentle, and bearing unjust hardship without complaint – is often little else than a useless sacrifice; while the American woman – self-respecting, untrammelled, changing with quick adaptability to new conditions – carries inspiration to every heart.”

In the late 19th century, after Japan was restored to imperial rule, the samurais were no longer the seat of power. As Western ideas and precepts were adopted across the world, the power and wealth the families of samurais had once known was no longer. The families who were impacted by this shift lost wealth and power.

Etsu Inagaki Sugimoto was the daughter of one such samurai, and had begun her life on a track to become a Buddhist priestess. But as the family lost their position in society, her path changed, and she was eventually sent to the United States to be in an arranged marriage to an American man. A Daughter of the Samurai is her personal memoir of her life and perspective on the differences between Japanese and American lifestyles, the value of women in each society, and the influence that evolving cultures had on different classes of society.

A Daughter of the Samurai is a fascinating read for those wanting to gain a first-hand perspective on the shifting power dynamics through the Meiji Restoration and Edo period in Japan, as well as the treatment of women in both Japan and America.

This title is due for release on December 21, 2021
We'll send you an email as soon as it is available!