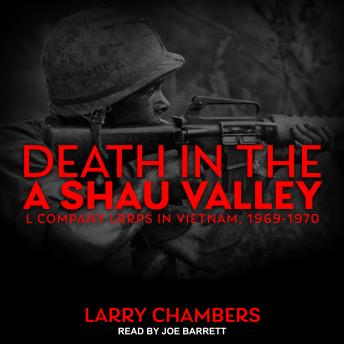 Featuring a new introduction by the author about his return to Vietnam, his reflections on the war, and his humanitarian work in Cambodia.

'The enemy had a single purpose: kill me and my teammates.'

Larry Chambers was still new to Vietnam in early 1969 when the LRRPs of the 101st Airborne Division became L Company, 75th (Rangers). But his unit's mission stayed the same: act as the eyes and ears of the 101st deep in the dreaded A Shau Valley-where the NVA ruled.

Relentless thick fog frequently made fighter bombers useless in the A Shau, and the enemy had furnished the nearby mountaintops with antiaircraft machine guns to protect the massive trail network that snaked through it. So, outgunned, outmanned, and unsupported, the teams of L Company executed hundreds of courageous missions. Now, in this powerful personal record, Larry Chambers recaptures the experience of the war's most brutal on-the-job training, where the slightest noise or smallest error could bring sudden-and certain-death . . .