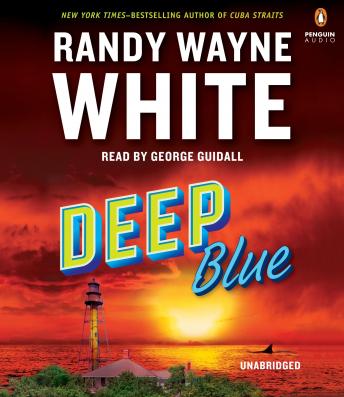 Doc Ford has long lived a double life. This time, it may finally have caught up to him. The electrifying new thriller from the New York Times-bestselling author.

“I’ll make an example of someone close to you.”
On a moonless night on Sanibel Island, Florida, marine biologist Marion “Doc” Ford carefully watches a video of a hooded man executing three hostages. The man is an American working with ISIS, and in the next few days, it’ll be Ford’s job, as part of his shadowy second life, to make sure he never kills anybody else again.
But a lot can go wrong in a few days, and Ford has no way of knowing that not only will the operation prove to be a lot more complicated than he has anticipated, but that he’ll end up bringing those complications back with him to the small community of boaters, guides, lovers, and friends in Dinkin’s Bay, where he’s long made his home.
Someone has taken Ford’s actions very personally, and now no one there is safe – least of all, Ford himself.
“White continues to provide thinking readers with action-packed thrillers that are also thoughtful and informative,” writes Bookreporter.com. “By the end, you won’t be able to read fast enough.”
Better get started now.