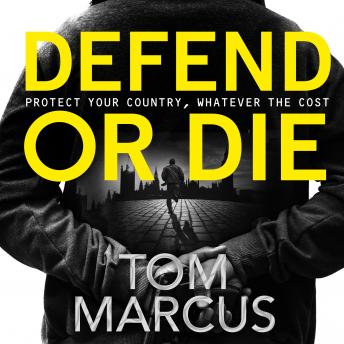 When no one knows you exist, you don’t have to play by the rules . . .

Meet former MI5 officer Matt Logan, now part of a totally deniable government organization known as ‘Blindeye’, with full licence to do whatever it takes to neutralize threats to the UK’s national security.

When intelligence comes through that the Kremlin plans to launch a terror attack in London, Logan and the team set in motion a surveillance operation on a billionaire Russian oligarch who may be connected with the incoming threat.

As they dig into the man’s life, they soon discover a network of incredibly dangerous individuals whose plans could tear the nation apart. Battling personal demons of his own, Logan must defend his country from a terrifying enemy, or die trying . . .

Defend or Die is the second in Tom Marcus's breathtaking series featuring tortured MI5 operative Matt Logan, following on from Capture or Kill.

This title is due for release on November 26, 2020
We'll send you an email as soon as it is available!