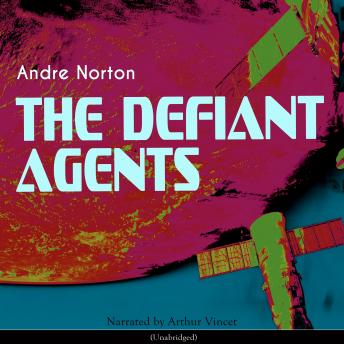 The Defiant Agents tells of an encounter between Western heroes, and the Russian Communists, and a mysterious alien race that has used time travel to alter Earth. The alien library discovered in the previous novel (Galactic Derelict, published in 1959) proved to have locations of many unknown worlds. Finding the secure location of planet Topaz compromised, Apache operatives, including Travis Fox, are sent on an emergency trip by Earth with a mind-altering machine, Redax, that crash lands. They discover they have the ability to communicate with the coyotes, but have no idea why they are there. They encounter Russians who have undergone similar treatment, and similarly lacking their memories, who were taken from the days of the Mongolian Golden Horde. With this common experience, they join forces against the Russians doing mind-control..

This title is due for release on March 23, 2017
We'll send you an email as soon as it is available!